A curious teenager who has left his home farm in an attempt to immerse himself in the rest of the world.

Human Description:
Marco has dark unkempt brown hair and gold speckled eyes. He generally wears pale trousers and a shirt, often with steel toe-caped boots and trouser braces. He’s 17 years old and quite strong from various manual labor he has carried out around the family farm. Because of this work, Marco’s clothes are usually coated in a thin layer of dirt.

Pooka Description:
In his Pooka form Marco takes on many features of a grey wolf. His hair is shorter and a mixture of different shades of grey. In addition to this he has two large ears poking out of the top of his head. His teeth are sharp and his nose arches forward to take on the slight shape of a snout. Marco also has a much more noticeable feature in the form of a large tail which is the same colour of his hair.

Marco is the middle child, with a older sister and younger brother, in a family from south-west California, who own a farm on which they work. Marco was tasked with the challenge of looking after the animals on the farm, there were two reasons for this; firstly because he was deemed to immature to be trusted with any heavy machinery and secondly because he seemed to have a kind of affinity with the animals.

Marco’s family is close with the exception of his sister, whom left home many years ago to pursue her dreams. She left to San Francisco and agreed for Marco to join her so he can attend college there. In the year that he has been staying with her they have rarely spent time together due to her working late hours and her generally having a hectic schedule. On his weekends Marco uses the money his parents send up for him to visit the parks and reserves in the area as these remind him of his childhood and provide him with a feeling of deep relaxation.

Most of Marco’s childhood was spent playing with animals and exploring the more remote rural areas around the family farm. These exploration trips usually started with Marco seeing a fast moving a shadow or a flicker of light that nobody else could. Once he started to grow older he relalised it was probably for the best not to tell anybody that he was seeing things and, the summer before he left to go to San Francisco, Marco went through a sudden Chrysalis and he finally knew the reason for these flickers of dancing light. 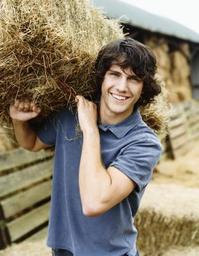