He dreams of one day combining his love of sculpting and his love of machines, to create automatons that the world will marvel to behold.

Human appearance:
Well aware that he is unmistakably different from most of his peers, he embraced this image completely, with edgy (usually black) clothing and a provocative, black-and-red, hairstyle.
The overall image is very ‘alternative’ – some might even call it ‘emo’.

Nocker appearance: Although the clothing takes a sharp turn in the fancy direction, the colours remain very much the same. The suit is all black, as is the hair (although it too is much neater), whereas his skin is a pale white, except for curious red markings on his face: vertical lines across his eyes, and a horizontal one along his mouth, which gives the illusion of his mouth being larger, and permanently grinning.

Kevin Freemark had always had a special mind. Even as a child, he saw devices as the sum of their pieces, and separate things as potential parts of a whole. He would take things apart to use pieces to build himself a new toy, only to pick it apart the next day to fuel his next idea.
More than that though, he saw things that weren’t there. Colours, sounds, even objects that no one else seemed to perceive. Being an only child, his parents dismissed it as over-active imagination and let him continue his ‘games’, as they would surely pass as he grew older. When even his friends thought that he was just making things up however, Kevin took it harshly, for he was a sensitive soul. Fortunately he came to discover that the girl next door, Gwendolyn, saw the same things he did.
From that moment on they were best friends, because each understood the other in a way that the other kids just couldn’t.

In school, Kevin took particular interest in the sciences – His builders mind was delighted to learn about the building stones of humans, and of the world. He absorbed it all, and quickly excelled.
After school he would often sit in his room – or in the basement if he needed more space – and tinker and craft, creating all manner of fascinating figures and contraptions.
Socially however, he was not as successful. He had a hard time trying to cope with those who didn’t see the world as he did. Embracing sarcasm as a means of defense, he more often than not came across as cold, distant, and cynical.

But when he was creating, or when talking to Wendy – still the only person he knew who shared his sight – he was the exact opposite. Enthusiastic. Warm. Thrilled. Even when his creations didn’t turn out the way he wanted (which was all the time), it only ruined his mood for a brief moment, before he had a new, better idea he wanted to try.

Kevin’s Chrysalis occurred a couple of years ago. It was a remarkably swift process, and Kevin took it in stride – it made a certain kind of sense to him, and didn’t impact his goals and dreams much, except in that he now had a wider range of tools and materials with which to create.
The actual society of the fae was a different matter of course, as Kevin’s brain was not wired for politics – and besides, he wasn’t all that interested in it. Building was much cooler.

After a period of chaos in his life – during which he saved the world twice, almost died about twice as many times, and finally got together with Wendy – Kevin’s life went back to almost normal for a while. He went to university and studied engineering, as interested in machines as ever.
Life was good, but in some almost masochistic way, he missed the dangers of the Queens’ missions. 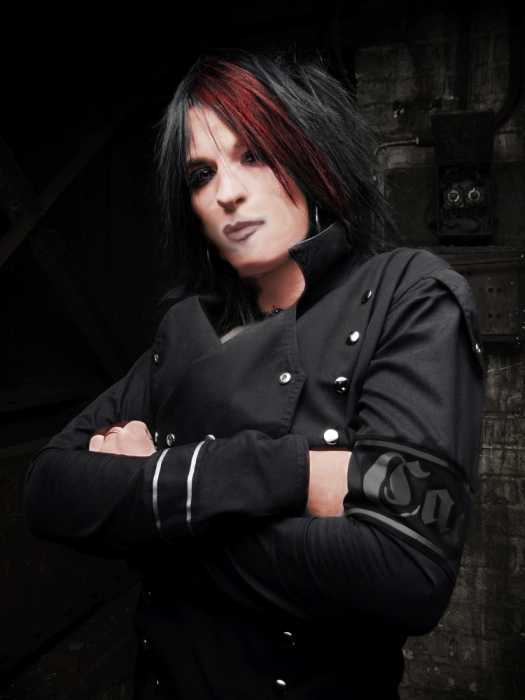